You likely know actor Sean Bean from his turn as Boromir in Lord of the Rings: the Fellowship of the Ring 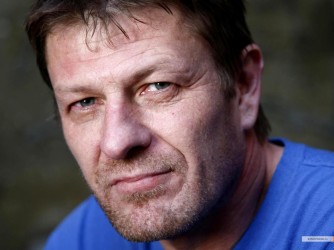 (he’s the guy who says that one does not simply walk into Mordor), or as Ned Stark on Game of Thrones or from the picture I included in this article. He is a very accomplished English actor who is often associated with dying in everything he is in. None of that matters for the purposes of this article, but I thought it would be nice to include.

Sean Bean’s name, at first glance, looks like it rhymes. It is, after all, the same last three letters in the first and last with only the first letter changed. If you replaced the ‘S’ with basically any other letter, it would rhyme (Jean Bean, Lean Bean, etc.). However, all of us are unconsciously familiar with the Gaelic pronunciation of the letters S-E-A-N, so we know it is in fact SHAWN BEEN.

Yet, it is still curious that his name looks like it rhymes in the first place. I am in no way alone in jokingly calling him “Seen Bean” to those unfortunate enough to spend time around me. In fact, many people have likely tripped up on his name, completely unironically, just because of how it appears to the brain. One would think that his parents should have anticipated this or, more likely, didn’t try to be cute with the spelling of their son’s name. Obviously a 4-by-4 name with only one letter different between the components is visually pleasing, but it’s also confusing and silly.

However, in a completely stunning turn of events, it is not the-other-Mr. Bean’s parents’ fault at all, because the English actor was born SHAUN BEAN. That’s right, he was born with the phonetic spelling of Sean, and changed it at a later date, likely when he went into show business. Yet, when most people change their names for the stage and screen, they do it to clear up confusion or to get rid of an embarrassing moniker (Olivia Wilde was born Olivia Cockburn, for example), yet Bean seemed to only make his situation worse.

Another major reason to change one’s name is because the Screen Actors Guild only allows one person to use a specific name. That’s why his name is “Michael J. Fox”, even though his middle name is Edward. Yet, I could not for the life of me find an actor at any point with the name “Shaun Bean.” It simply wasn’t taken. What was it in Shaun Bean’s early life that made him want people to briefly think his name rhymed and then realize it only looked that way?

I have no answers, only an enigma that will remain unsolved until Mr. Sean Bean himself answers to it. If you know him by any chance, please ask. It’s a long shot, but it’s worth trying.

For more pointless exercises in pop culture and sports, check out the rest of popculturedeepdive.com. If you want to contribute anything, let me know through proper or improper channels.

No Rhyme (or Reason) – on Sean Bean’s Name